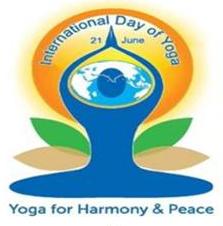 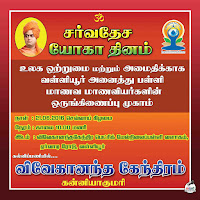 The Schools which are located in vallioor were invited and enough Yoga practice was given to the students by our school teachers before one week itself.

The above mentioned school students gathered at 10 am in our school premises.  Nearly 1500 students participated enthusiastically.

Our teacher Mrs. Muthu Deiva Nayaki welcomed the gathering and explained about the importance of Yoga.

The special guest Mr. John delivered the speech  about the different types of Yoga and the benefits of Yoga.

The chief guest Mr. Perumal addressed the gathering by his valuable speech about Yoga.  He insisted the students to do Asanas.

Next many Asanas were performed by the students.  Our school children and other school children were participated interestingly.
The memento was given to the chief guest by our Correspondent Shri. S.K. Subramanian.

Mrs. Andal , Principal of our school proposed the vote of thanks. Sweets, Cool drinks and Biscuits  were distributed to the students.

Our  Correspondent Shri. S.K. Subramanian arranged the function in a successful way.