“ Freedom in the  Mind; Strength in the words; Pureness  in our blood; Pride in our souls; Zeal in our hearts”. Let’s salute our India on Republic day

70th Republic day was celebrated with pride and patriotism in our school on 26th January 2019. 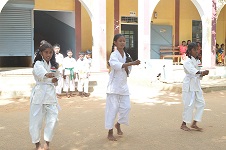 Next, Mr. Tamil Selvan (Senior member of Hindu Viyabarigal Sangam ) delivered a great speech on Republic India. He  also explained the importance of students’ discipline through the moral stories . His speech was impressed by our students.

Finally, the program was concluded with Kendra prayer.


Sweets were distributed to the students and parents.
Our correspondent Sri. S.K. Subramanian arranged the function in a grand manner.

“ We build on Children’s strengths and celebrate their achievements helping children recognize the accomplishments and experience the joy of learning”. 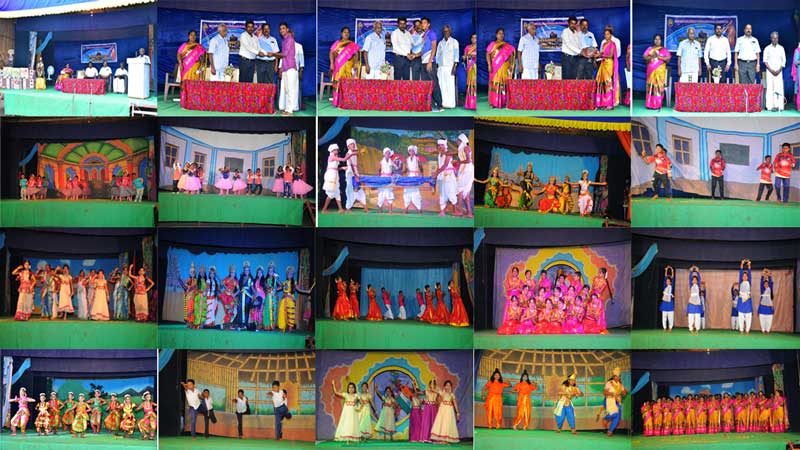 Annual day forms an integral part of our school activities.  It is an occasion of celebration, felicitation, feast and festivity when students present not only their wonderful performance but also receive honours for their curricular and  co- curricular achievements.

The annual day function of our school was organized on 12th January 2019. The combinations of three celebrations (Vivekananda Jayanthi, school Annual day, National Youth Day) were celebrated together. The function began around at 4 p.m. Sri. Mayakrishnan BBA.,B.L., Subordinate Judge, Vallioor was the chief guest. Sri. Venkatesan, Senior Advocate, Panagudi was the special guest. Man. Ayyappanji, secretary of R.D.P, Vivekananda Kendra , Kanyakumari graced the function with his presence and blessings. Our correspondent Sri. S.K. Subramanian presided over the function. The honourable chief guest appreciated the school for its all round success and wished a better future for the students. Speeches on the greatness of Mother Bharat, views of swami Vivekananda, aim of Vivekananda schools and duties of us to be the good citizens of our nation etc.. were presented by the dignitaries. Our Principal Mrs. Andal read out the school Annual report. Prize distribution function was a moment of pride and honour for all the winners and achievers of the school.


Rs. 10,000/- was awarded to the top scorer in XII std (K.Sudalaikalathi) by Dr. Muthukrishnan, Eswari Nurshing home, Vallioor in the memory of Dr. Lakshmanan.  Varieties of programme like Drama, Dances, Patriotic song, Dance on Kendra activities, Hanuman dance were performed by the students exposed their efficiency. Dance on Functions (Kendra activities) performance  by students was made more colourful in the cultural programme and got a big round of applause. Finally the programme ended with Kendra Prayer. Our Correspondent Sri.S.K.Subramanian organised the function in a grand manner.

Namaskar.
We most cordially invite you to our School Annual Day Celebration.
by
The Correspondent & Staff,
Vivekananda Kendra  Vidyalaya,
Vallioor. 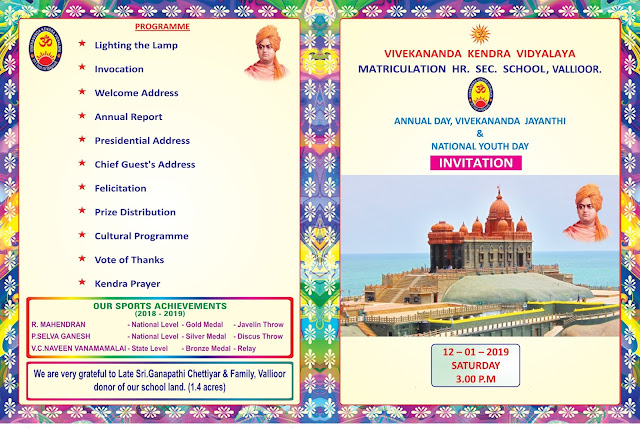 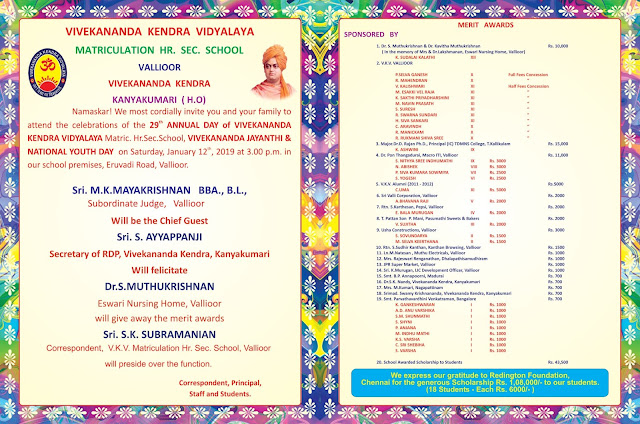