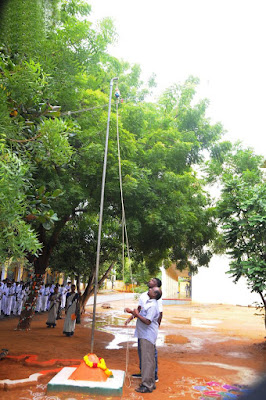 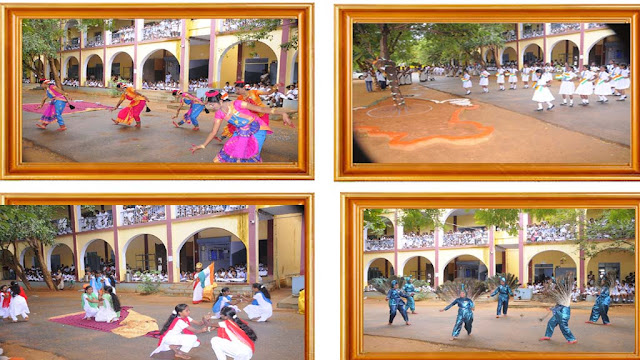 Independence day was celebrated in a grand manner on 15th August in our school campus. The chief guest Sri.  Damodaran  (president of Rotary club  central , Vallioor)  hoisted the national flag. Mr.Selventhiran (secretary of Rotary club central , Vallioor). Mr. Muthu Krishnan (Asst. Governor of Rotary club central, Vallioor), Mr. Dinesh and Vignesh, (Rotarians)  Mr. Chellappa  (Ex. president of Rotary club central, Vallioor) were the special guests.
The students made the celebration a grand one by  presenting different programmes like Bharathanatyam, different kinds of exercises, Yoga, Karate, Silambam, Hoops, Pyramid, Flag exercise, Patriotic dance and speeches about freedom in Tamil and English were delivered by the students.  Inspiring speeches were given by our honourable dignitaries  and they awarded  prizes to the students who scored more than 95% marks during the last academic year. On behalf of   Vallioor  Rotary club prizes  were  distributed to the students who got the highest marks in X std Govt board exam. After the celebration, sweets were distributed to students and parents. The celebration came to end with Kendra prayer. Our school  correspondent  arranged the function in a grand one.
“ We commemorate all the great personalities who had played their important role in independence  of India”.
Jai Hind 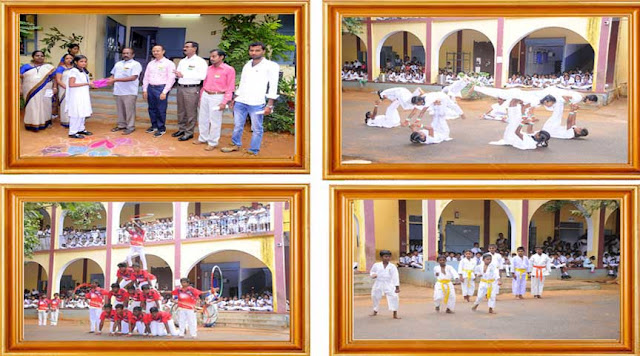 New comments are not allowed.